It’s been said about so many of rock’s giants that they were “ahead of their time” that the expression has ceased to mean much. So how about a great band that was behind their time? That would be Shocking Blue.

It was 1969 when the best version of this Dutch act gelled, and while most of the bands the Blue emulated were by then turning away from groovy and towards heavy—prog rock, early metal and pre-punk taking over the scene—Shocking Blue still sounded like they might have come out of London or San Francisco, circa ‘66/‘67. Jefferson Airplane is be the band that Shocking Blue mostly invites comparisons to, and it was the Airplane that veteran Dutch rocker Robbie van Leeuwen had in mind when he decided he wanted a female vocalist for his group. But while van Leeuwen may have started out emulating the Jefferson Airplane, his band quickly and permanently outclassed their predecessors. Where the Airplane’s lyrics were usually cliché-addled and verging on ridiculous, van Leeuwen offered fresh and innocent boy/girl tales and existential laments; while JA’s music often had that messy, jazzy, “let me do a solo” element weighing it down, Shocking Blue stuck to stripped-down, energy-packed Beat Club grooves; and Mariska Veres was simply a better singer than Grace Slick, more genuinely soulful, more naturally melodious.

Veres was actually not Shocking Blue’s original singer. When guitarist van Leeuwen dropped out of local hitmakers the Motions to form his own band in ‘67, he did so with another Dutch scenester, Fred de Wilde, at the mic. The all-boy Blue recorded one album and some singles (a few of these minor hits in Holland, most notably the decidedly West Coast-influenced “Lucy Brown is Back in Town”). But before things could go too far for this version of the act, and just when van Leeuwen was thinking that he wanted a chick to sing his songs, de Wilde was called off to do military service. Robbie wasted no time in finding Veres, who looked like a model and sang like a soul sister. De Wilde managed to get out of his military duty after just a few months, but by that time the new Blue had already scored hits with “Send Me a Postcard” and “Long and Lonesome Road.” Fred had to understand. With musical acts things tend to either never quite happen or to happen very quickly, but they rarely happen as fast as they did for the new Shocking Blue. Before the end of their first year together, they had a number one hit in the U.S. “Venus,” their third single and the one and only song everybody remembers them for now, topped the American charts in December of ‘69.

But it’s one of the great injustices of rock history that Shocking Blue should be thought of (by the few who even recognize their name) as a one-hit wonder. “Venus” is only one of several classic tracks on the Blue’s At Home LP, a collection that should be near the top of critics’ All-Time-Best polls, instead of remaining in the basement of super-obscurity where it currently exists. “California Here I Come” and the already-mentioned “Long and Lonesome Road” are just as catchy, just as cool, just as memorable as “Venus,” as is a song called “Love Buzz,” which Nirvana eventually covered (not too well, but they get points for having the cool to pay the tribute) on Bleach. There’s also a raga-rock instrumental, a couple more upbeat tunes just barely lagging behind “Venus” and the others, and “Boll Weevil,” the R&B-fueled album opener, which sounds like the Dead with more real spirit.

The next two Shocking Blue albums, while not as strong or consistent as At Home, were still as good as anything being put out in the first years of the ‘70s, and both contained standout tracks. Scorpio’s Dance has “Sally was a Good Old Girl,” a rockin’ version of a C&W standard, plus “Little Cooling Planet” and “Seven is a Number in Magic,” two more swanky, riff-heavy grooves that sound like California ‘67. Next was 3rd Album, which has an overall folksy feel that was new for the band. “I Saw Your Face,” the lead vocal taken by van Leeuwen, is like the Mamas & the Papas with a banjo, and “Serenade” is one of SB’s many slow-tempo’d, melancholic tracks, it being one of their prettiest ballads. But the two strongest songs on this album are both rockers: the ‘60s dance party-sounding “Bird of Paradise,” and the autobiographical anthem “Shocking You,” on which the Blue seemed to be heading to Glamsville.

Throughout these years the band, while touring over great distances at break-neck speed, also found time to record a few non-album singles, and one of these, “Never Marry a Railroad Man,” may be their best song altogether. A number one in Holland and a gold record in Germany and Japan, this mid-tempo track, with its staccato guitar riff and stays-in-your-head vocal melody, somehow didn’t make any noise in America, where the best the Blue had done since “Venus” was hit the lower reaches of the Top 100, or England, where they were, amazingly, never terribly popular.

Records kept coming. A live-in-Japan set appeared shortly after 3rd Album, and in the year 1972 Shocking Blue released three long-players: Inkpot, Attila and Dream on Dreamer. Sadly, the quality-level was diminishing slightly with each new LP; but with van Leeuwen continuing to write all the original material, there was still the occasional stellar track, and nothing as embarrassing as, say, Jefferson Starship (that would come later, after Robbie left). While the albums contained too much filler to be considered even minor classics, they all had excellent singles, the best of these “Inkpot,” “Rock in the Sea,” and “Out of Sight, Out of Mind.”

Things fell apart starting in ‘73. First, the band suffered their first flop single—“Let Me Carry Your Bag” went nowhere at home or abroad, and didn’t deserve to. Van Leeuwen was tired from five years of worldwide touring, non-stop recording, and songwriting responsibility, and his fatigue showed on this weak record. Things were not going well with their label Pink Elephant, and soon enough they lost a member, original bassist Klassje Van Der Wal. The band’s creator, mastermind and sole songwriter to that point, Robbie van Leeuwen, gave it up shortly after that.

This should have been the end of Shocking Blue, but people need to have things to do, and in doing them often threaten to permanently tarnish something that was once precious. The absence of van Leeuwen’s pen was all too apparent on the ‘74 Shocking Blue singles “This America” and “Gonna Sing My Song” and the album Good Times. While the new players were competent musicians, and while Veres’ voice sounded strong as ever, the riffs weren’t quite there and the lyrics were atrocious (particularly in the case of “This America,” a song on which Veres foolishly sings the praises of the country that had only recently pulled out of Vietnam).

Mercifully, the band went on hiatus after those singles failed to bust the charts. But this was still not to be the last of Shocking Blue. In 1986, the same year that Bananarama trivialized them (although thickening van Leeuwen’s royalty checks) with their hit version of “Venus,” a new—and newly-schlocky—SB came out with “The Jury and the Judge,” on which they went back and proved that, yes, they actually could be as tacky and dinosaur-sounding as the Starship. This piece of soulless, formulaic glitz could’ve easily been the B-side of “We Built This City.”

And that ain’t all. There was another single, equally bad, in ‘94, and word is that a band called Shocking Blue, with fronted by Mariska Veres, is still haunting European concert halls. Van Leeuwen is quoted as saying that this new SB “sounds good for sure,” but one has to wonder what time has done to the ears of this once classic songwriter and unsung hero of rock; Robbie hasn’t played his guitar for quite some time, apparently having become more interested in the art world than that of contemporary pop music. Recommended Listening: Singles A’s & B’s, the 2-CD collection of Shocking Blue’s 45’s, front and back, ‘67-‘94, contains some of SB’s best songs, and can serve as an excellent introduction to all those who think “Venus” was the only thing the band ever did. But true enthusiasts should use this only as a starting point, and go to the same label (Repertoire of Germany) that put this out for their reissues of the first three SB albums with Mariska Veres. Those totally hooked can then go on and get the three ‘72 albums, also carried by Repertoire. 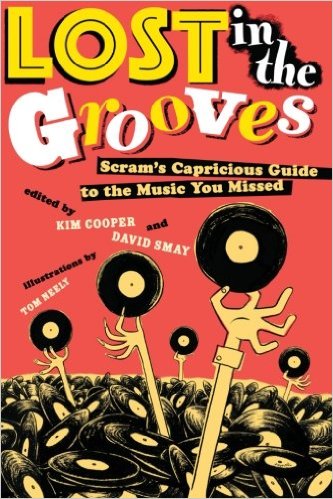